What to Know About Alternative Minimum Tax (AMT)

Among the many debates surrounding tax laws, one regular contender for reform is the alternative minimum tax (AMT). The AMT is considered a “parallel” tax system, meaning that it runs alongside the regular tax system, but with its own rules. Originally designed to prevent wealthy individuals from avoiding federal taxes, the AMT is now affecting thousands of unsuspecting middle-income taxpayers. 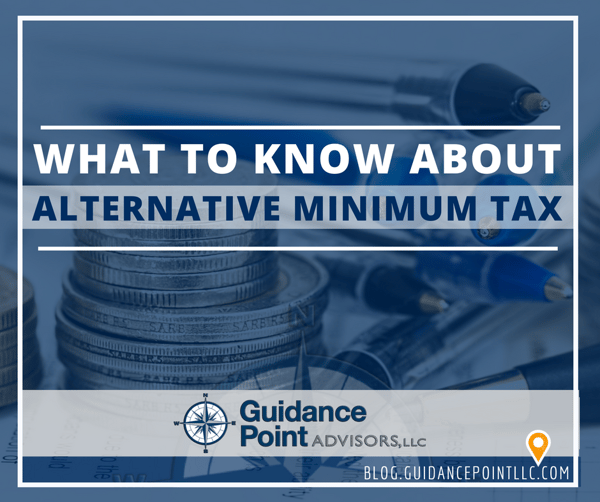 The AMT system eliminates personal exemptions and many of the deductions available under the regular tax system. For instance, state income and property taxes, medical expenses, interest expense, and certain other itemized deductions are not allowed under the AMT system. Loss of tax breaks isn’t the only thing that can result in AMT. Large capital gains can trigger AMT by increasing your AMT taxable income.

How Does the AMT Work?

The AMT formula adds back the disallowed deductions, personal exemptions, and adjustments. You do get an AMT “exemption,” which reduces your AMT taxable income before the tax is calculated.   The AMT is computed at only two rates, 26% and 28%, with the 28% rate kicking in at a higher income level. You are required to calculate the tax you owe using both the AMT formula and the regular system. You then pay the higher amount. If you are already paying an effective rate higher than the highest AMT rate of 28%, you may escape the AMT. But with all of the add-backs and lack of graduated rates, it’s easy to fall into AMT.

Since the passage of the American Taxpayer Relief Act of 2012, the AMT income thresholds have been indexed for inflation. In 2015, the exemption amounts are $53,600 for single filers and $83,400 for married couples filing jointly. For all filers except married filing separately, the 28% bracket starts at $185,400.

You could be caught in the AMT trap if you have one or more of the following:

Businesses Can Also Be Trapped

AMT doesn’t discriminate as to its prey. Corporations are also subject to AMT, which can be triggered by accelerated or “front-loaded” incentives under the regular tax system. Accelerated depreciation, gain differences on asset disposition, research costs, and intangible drilling costs are some of the items added back for the corporate AMT calculation. For contractors, an add-back for long-term contracts is most often the AMT trigger.   The utilization of net operating losses (NOLs) is also limited under the AMT system. This is true for both individual taxpayers and corporations.

AMT may be affecting more and more middle-income taxpayers, but until Congress takes legislative action, your chances of paying the AMT may keep increasing. For more information and specific guidance, consult a qualified tax professional.